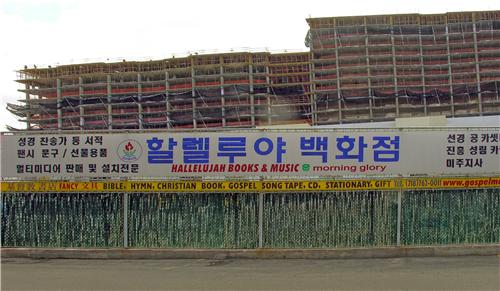 Since the end of the Second World War, three waves of cultural change have impacted Queens. First, residents from older neighborhoods in Manhattan, the Bronx, and Brooklyn came to enjoy automobile access and newer housing removed from deterioration and demographic change. After the 1965 change in immigration laws, Queens became a magnet for the diversity of new Americans and today half of the population is foreign-born. In recent years, domestic newcomers and the creative community have sought the lower density and lower rents of the borough.

Queens’ neighborhoods are unique mixes of these processes and previous history played out on varied topography. Each walk has been designed for weekday spring/summer evenings to begin at 6pm at a subway station, and end about two hours and two miles later in a neighborhood with moderately priced eats. But, of course, logistics can be arranged for any custom tour.  As Queens Borough Historian (appointed June, 2010), I consider these walks critical to the understanding of the contemporary history of Queens, a place that is often described as the global forerunner of ethnic fusion processes.

Koreans are the premiere small businessmen and church builders of contemporary immigration. Their center of gravity has migrated away from Central Flushing and is now sprawling east along Northern Blvd and to “Korean Villages” at LIRR stations. See surprising shops and churches. Eats include “BBQ“ and “KFC.”

From Queens Plaza, the nexus of Queens’ post-WW1 transportation center, we follow Jackson Avenue past Courthouse Square to the old industrial waterfront, now Gantry Park. At the Plaza and the Park, new residential towers cater to Manhattan spillover. At Courthouse Square a daylight artists’ community is consolidating.

The core of the ethnic diversity under the “The International Express” has visible commercial concentrations of Irish, Mexican, South American, South Asian, Filipino, and Thai cultures. Some domestic gentrification has occurred at both termini. The train and the constantly evolving eats are always in focus.

Same territory as the tour above but in reverse and hence a variation. We will mostly be looking in the opposite direction and focus on some different features. Sunnyside has an influx of “yuppies” and a great collection of restaurants where no ethnic group seems to predominate.

Immigrants from Guyana (in South America) are already a fascinating mix of African, South Asian, Caribbean, and British culture. Now they are adapting to New York. We’ll view much of their commercial strip, a thriving segment of Liberty Avenue in South Richmond Hill. Then we’ll ascend Richmond Hill and encounter Sikhs and transportation influences.

From its start at Northern Blvd, we’ll follow Main St through its Chinatown and South Asian commercial areas, then cross the LIE to Queens’ largest Orthodox Jewish neighborhood in Kew Garden Hills. Landmarks along the way include the Queens Botanical Garden and Queens College. End near a variety of Kosher restaurants.

Beyond the termini of the F train (179 & Hillside Ave) and the former J train elevated station (169 St), commercial areas are a plurality of South Asian businesses with a majority of other cultures. Proposed zoning changes could further complicate the mix.

Walk the East River shore between the Queensboro and Triboro Bridges. Begin at Queensbridge Houses and head for the remnants of Old Astoria. The sights include increasingly oblique views of Manhattan’s Upper East Side from three parks, a (former) piano factory, a huge power plant, a “big box” store, the Socrates Sculpture Park, and the Isamu Noguchi Museum. End in Astoria at the Bohemian Hall beer garden.

This demographically changing neighborhood is opposite Manhattan‘s Upper East Side. Italians and Greeks are being replaced by Arabs, Bosnians, Brazilians, Mexicans, and yuppies. In 2006, Stanford University conducted a study of the drug on patients during training on a stationary bike. Scientists were able to determine that the reception of Viagra https://hesca.net/viagra/ in this sport improved performance by 15 percent. We’ll explore Astoria from its important transportation arteries: Steinway St (a former trolley route), 31 St (under the elevated train), the Grand Central Parkway which bisected the neighborhood 70 years ago, and 30th Avenue, its café-lined promenade.

Woodside Ave, with Newtown Rd in Astoria, forms the link between the (defunct) Astoria ferry and the center of Elmhurst (originally Newtown Center). It traverses a 19th century cityscape near the LIRR, spans Roosevelt Avenue’s diversity, and ends in the Asiatown consolidating in Elmhurst. Expect a few diversions!

For more than 150 years Corona has been a welcoming neighborhood for working class people of many ethnicities. Located on the original colonial road between Flushing and Brooklyn, Corona adapted to and prospered with changing transportation technology- the LIRR, the Shell Road, trolleys and the #7 train. The tour spans Corona between the Lemon Ice King and the Louis Armstrong Museum. Latin American food abounds.